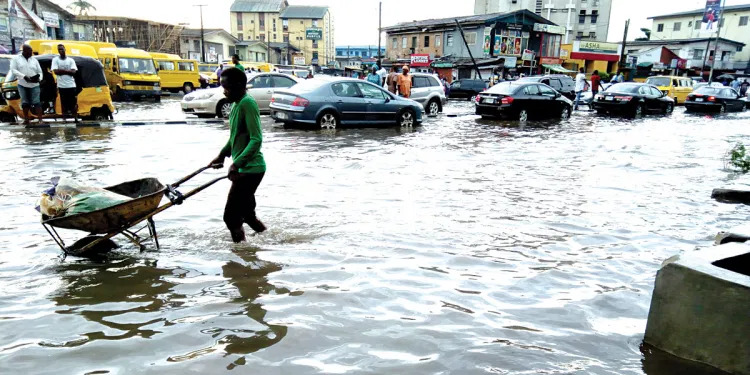 An environmentalist, and National President, Nigeria Environmental Society (NES) Dr Dorathy Bassey, on Wednesday cautioned Lagos residents against reckless dumping of waste on the streets, as it could increase flooding.

Bassey spoke with the News Agency of Nigeria (NAN) in Lagos ahead of the Global Recycling Day to arouse public consciousness on waste recycling and management to improve human habitat.

The Global Recycling Day is marked on March 18.

The NES president expressed dismay over overflowing refuse bins in many parts of Lagos.

Bassey said without collection and proper disposal or recycling of the waste, they would be washed away by rain straight into water bodies while blocking water channels and drains.

According to her, Lagos State government has made some effort towards a healthy environment by providing metal bins on the streets for people to dispose waste.

However, Bassey noted that routine collection by the agencies responsible was inadequate.

“When these trash especially plastics and nylon materials get to the water bodies, they constitute environment hazard and disorder that spur flooding when it rains and incidentally pose threat to human habitat.

“Flooding has become a regular feature in our society recently with its attendant loss of lives and properties; our changed attitude toward refuse disposal will in the long term save us from being exposed to the vagaries of nature.

“The campaign against reckless waste dumping should be taken to the grassroots to inform the market woman on the dangers of improper waste disposal,’’ she explained.

The environmentalist, who envisaged heavy flooding in months to come as a result of climate change; called on states especially those prone to flooding, to put up some contingency measures.

Bassey advised that concrete barriers should be erected along flood routes for medium check; while indigenous trees should be planted to create buffer-belt for long term solution.

NAN reports that no fewer than 15 states of the Federation suffered flooding with casualties in 2019 and 2020.