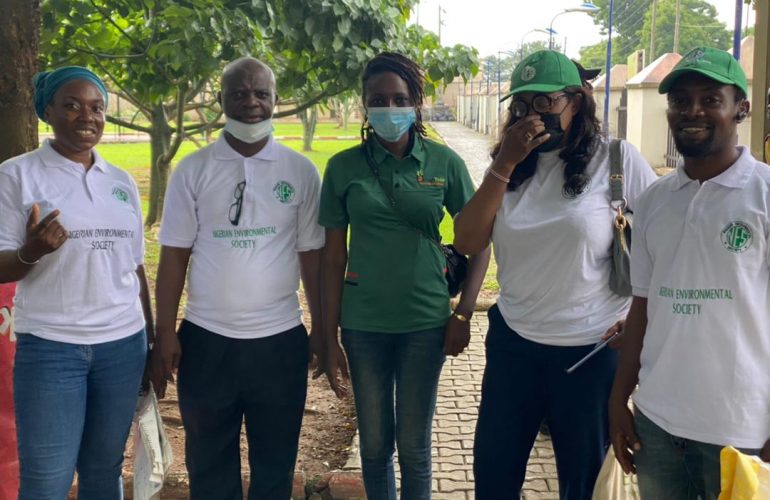 The Nigerian Environmental Society (NES) on September 24th 2021 carried out a climate change awareness campaign across the states of the federation to sensitize the public and create awareness on the impacts of climate change on the environment and society.

Several activities such as Nigeria Climate Awareness March, visits to environmental hot-spots, tree planting, and presentations on environmental concerns, were carried out to mark the event by various chapters of the society.

In Kano State, the Climate Awareness March started at State Road and terminated at the state ministry of environment at Audu Bako Secretariat with a meeting with the Kano State Commissioner for Environment, Dr. Kabiru Gesto. During the walk, speeches were delivered by the Chairman of Kano State chapter of NES, Engr. Bashir Inuwa (Mnes), Malam Umar Anka (fnes) and Hajiya Allawiyya Baba at different stop points to enlighten the public on the dangers of some of their actions and the effects of Climate change on environment and society. Highlights of the event was a tree planting exercise.

Sensitization during the Climate Awareness March in Kano State, Nigeria

Tree Planting to Mark the Climate Awareness March in Kano

In Enugu State, the Climate awareness March commenced with a visit to the New Permanent Dumpsite at Ugwuonyeama, were the team observed several environmental concerns at the waste dumpsite. Thereafter, the march proceeded from the Nnamdi Azikiwe stadium with stop points to educate the public on the need to fight against climate change, and terminated at the Enugu State House of Assembly with presentation of environmental concerns to the Chairman, House Committee on Petroleum Resources and Environmental Management.

Climate Change is Our Business, we must Save the Earth 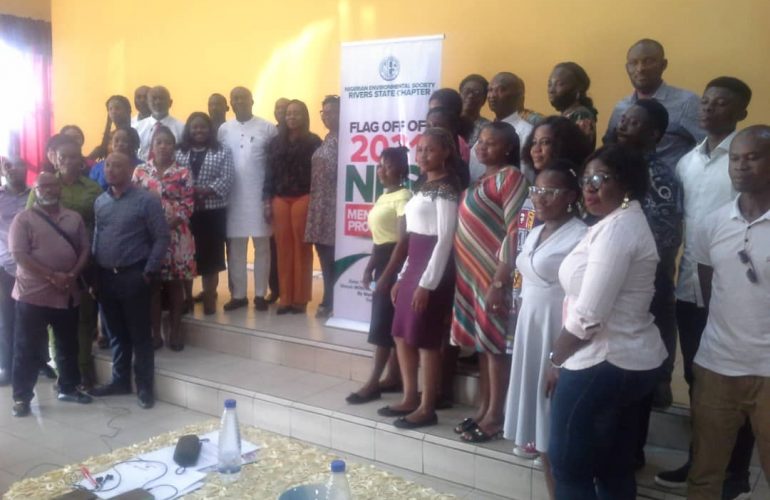 The Nigerian Environmental Society (NES) on 24th June 2021 launched her mentorship Programme to provide young professionals with opportunities to learn leadership and career skills. The mentorship programme was launched in River State with the Rivers State chapter of NES as the pilot project. The event was flagged off by the National Vice President (VP1), Prof. John Onwuteka (FNES), on behalf of the National President, Dr. Dorothy Bassey (fnes). Prof. Onwuteka noted that the mentorship programme is one of the numerous programmes designed by the Society to promote professional development and environmental sustainability. He charged the River State chapter to take advantage of the pilot programme and be a leading light to other chapters.